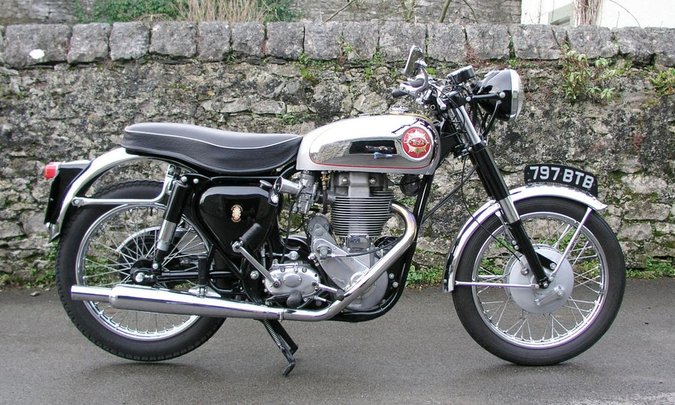 The BSA Gold Star was made from 1938 to 1963 and was produced by the Birmingham Small Arms Company, a British company known for making cars, motorcycles, buses, tools, and more. During the 1950s, the Gold Star was recognized as being one of the fastest bikes of the decade and was released with a 350cc and 500cc single-cylinder four-stroke engine.

Each motorcycle was hand-built and came from the factory with a dynamometer test, which was extremely uncommon during this time and allowed the owner to view the horsepower produced. Over the years, the Gold Star had 8 variations produced, and ceased production in 1963. 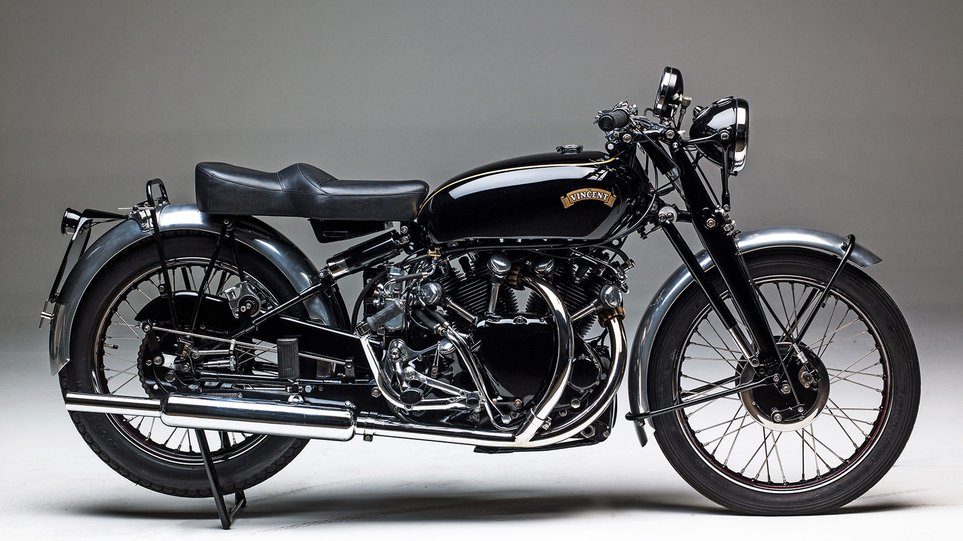 Another British bike on this list, the Vincent Black Shadow. In February of 1948, the British manufacturer Vincent HRD announced a bike to rival their most popular model, the Rapide. The Rapide, in 1948 had a top speed of 110 mph. The Black Shadow came out in 1948 with a max speed of 125 mph and became the fastest bike in the world. 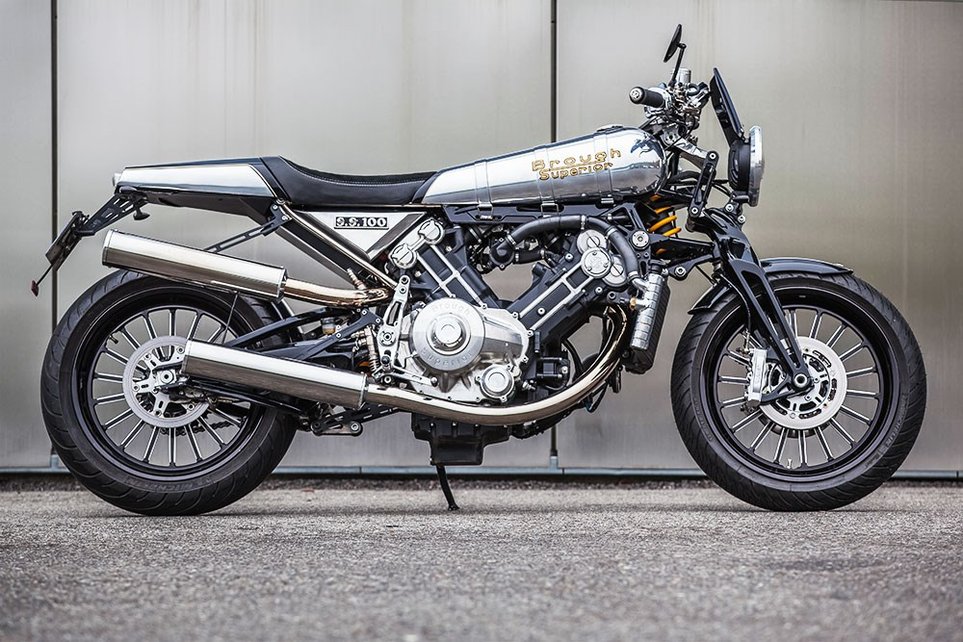 Another fine example of British engineering is the Brough Superior SS100. Each SS100 was hand-crafted and individualized to each customer’s demands; not one detail was missed right down to the customizable handlebars. Apart from the promise that this bike could achieve speeds of up to 100 mph, the manufacturer, Brough Superior advertised the SS100 as “The Rolls-Royce of motorcycles.”

After a Rolls-Royce exec toured the company’s factory, Brough was officially given permission to run those ads. Apart from its popularity and sleek design, the SS100 also holds a few world records, one of them being the most expensive British bike to ever be sold at auction. The production of the SS100 only ran from 1924 to 1940, but the demand for this fine bike is still rampant. 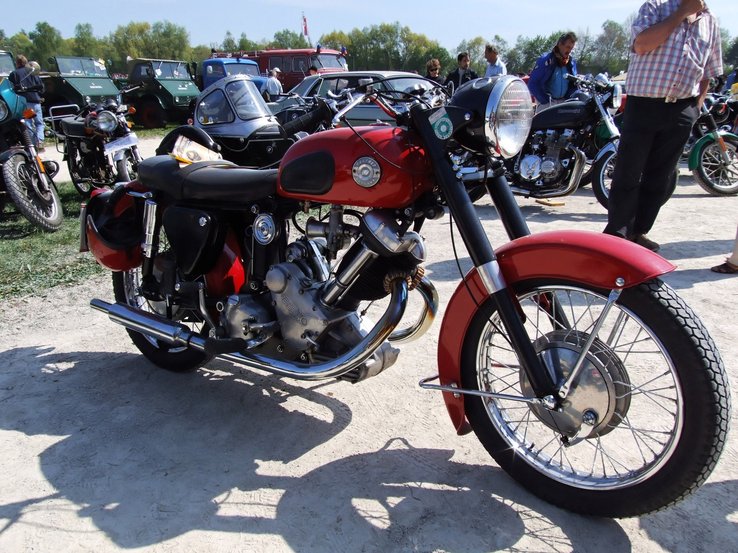 The Panther Model 120 was a British vehicle made by Phelon & Moore from 1959 to 1966. The 120 was an enlarged version of the company’s model 100, but had a reputation for being unreliable. The 120 quickly gained a reputation for heavy consumption of motor oil, rapid clutch wear, dubious roll bearings. Considering these issues, combined with the increase of competitors, Panther had some problems. 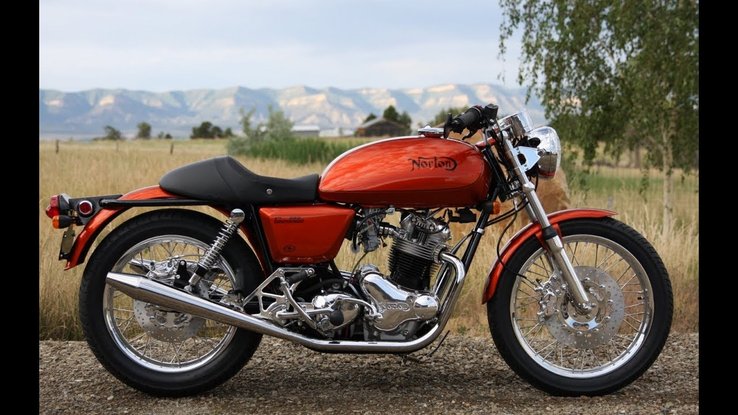 The Norton Commando is another iconic motorcycle missed by many. The motorcycle itself has a deep red hue, a funny looking kickstand, and the word “Norton” across the side in Gaelic font. The Commando was produced by the Norton-Villers motorcycle company from 1967 to 1977.

The bike initially had an engine displacement of 750 ccs, which became 850 ccs in 1973. The motorcycle was equipped with an OHV pre-unit parallel engine and had a top speed of 115 mph. From 1968 to 1972, the Commando won Motor Cycle News’ “Machine of the Year” award for five successive years. The CEO at the time, Dennis Poore, expressed surprise over the Commando’s remarkable success, something nobody expected considering the bike ran on an engine based on an old pre-unit design. 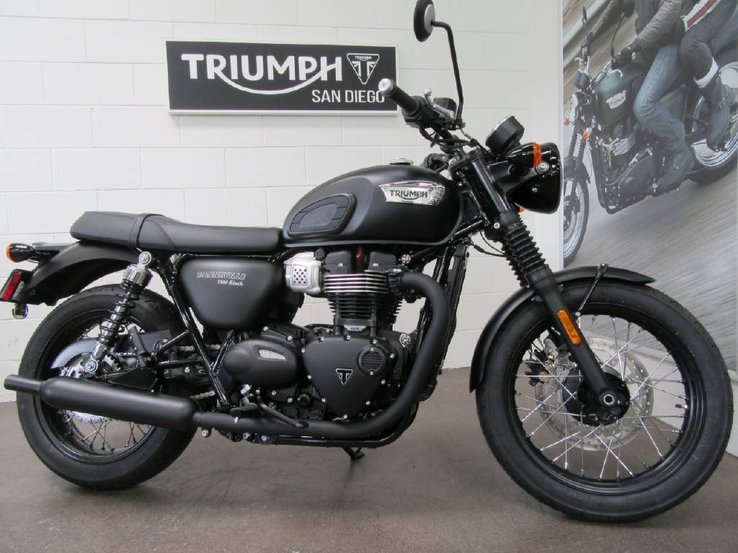 The Triumph Bonneville, more fondly known as Bonnie. Bonnie was a standard motorcycle that was manufactured in three generations and featured a parallel-twin four-stroke engine. Technically, the third generation of the Bonnie is still in production today.The first two generations of the Bonneville featured their mechanics in a classic duplex frame model. While the modern lines of this bike bear some resemblance to the duplex frame, they do not compare to the original T120. The Bonnie was produced from 1959-1983, and again in 1985-1988 and finally from 2001-present. The Bonneville’s name is derived from the world-famous Bonneville Salt Flats in Utah, USA, where this motorcycle attempted to break the motorcycle speed records.