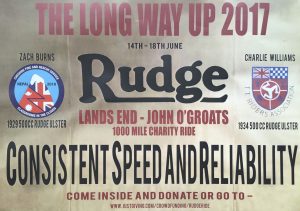 We promised to bring you Charlie and Zach’s Charity Ride route, so here it is.

You will see from our “Flyers”  and “Calendar of Events”  sections that Charlie Williams and Zach Burns are riding the “Long way Up 2017”  for Charity and it has been our pleasure to be able to help publicise the event and to make a donation from “John’s Motorcycle News”.

Charlie and Zach are riding two classic Rudge motorcycles almost 1,000 miles from Lands End to John O’Groats from 14th to the 18th June 2017 to raise funds for two very worthwhile causes – “Classrooms in the Clouds”  www.classroomsintheclouds.org  and “The TT Riders Association”   www.ttra.co.uk .

Now its one heck of a long way on any bike (even a modern tourer) so think about what these lads are actually achieving (and what these 80+ year old bikes are achieving, as well) in riding such a long way in such a relatively short time.

Ewan McGregor and Charley Boorman, eat your hearts out, there’s no comparison!

Basically the lads will ride 908 miles in 5 days taking them an estimated 45½ hours. After an overnight stay at Trevedra Farm the lads will officially start their journey from Lands End Visitors Centre in Penzance, Lands End, Cornwall and end it at Culloden Moor in John O’Groats, Scotland.

The planned route is as follows:- 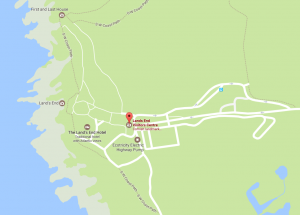 The lads plan to leave Lands End Visitor Centre at 8.00am and ride the first 194.8 miles to Bath Chew Valley.

This section of the ride is estimated to take just under 10 hours (presumably with natural breaks) with the lads arriving at Bath Chew Caravan Park around 6pm.

The route will take the lads on the A30, through Bodmin, Oakhampton & Exeter and Honiton joining the A303, past Ilminster and Yeovil, joining the A37 at Podimore, past Shepton Mallet and Midsomer Norton on their journey to Bath Chew Caravan Park, west of Bath for an overnight stay.

(Unfortunately the lads don’t have any pre-planned stops at present, as they don’t know how many miles they can get out of a tank of fuel. They will however be updating on their Facebook page once they figure this out, you can keep following the lads progress by visiting  www.facebook.com/thelongwayup) 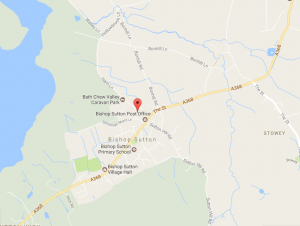 The second day the lads plan to leave Bath Chew Caravan Park at 8.30am and ride the 175 miles to Charlie’s home in Ashton, Cheshire, they estimate the ride will take just under 9 hours and that all being well they will arrive just after 5pm on Thursday.

This route will take the lads along the A49 past Hereford, Leominster (Middleton on the Hill), Ludlow, Craven Arms and Church Stretton. Leaving the A49 just south of Shrewsbury the lads will ride past Oswestry and join the A483 at Ruabon, skirting Wrexham and skirting Chester on the A55, then the A51 and A54 to arrive at Charlie’s home in Ashton, postcode CH3 8AA, where they plan to have a garden party (so take your beers –and your wallets) 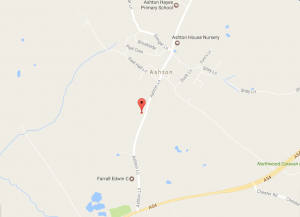 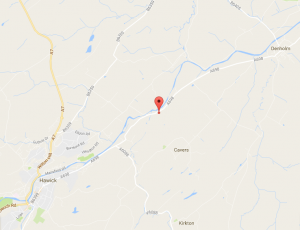 This route will take the lads via Runcorn and Widnes crossing the River Mersey and Manchester ship canal, through St Helens onto the Rainford Bypass (A570) then via B roads to Rufford along the A59 past Preston then taking the A6 north, running alongside the M6 through Carnforth, skirting west of Kendal heading up over Shap on the A6 and on to Penrith. The A6 takes the lads up to Carlisle and after which they join the A7 for the ride up to Hawick and their next stop at Riverside Caravan Park.

The lads plan to leave Riverside Caravan Park at 8.30am to travel the next leg of their journey through Scotland, just over 200 miles to arrive at Grantown Caravan Club in the Cairngorms National Park at around 6.30pm on Saturday evening. 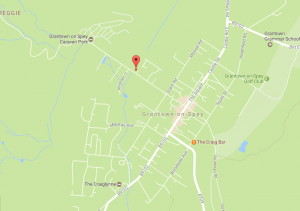 This route will take the lads along the A698 then north on the A68 over the River Tweed bypassing west of Edinburgh, over the Forth Road Bridge and on to the A823 to Gelneagles, where they take the A824 and the A9 west of Perth. They follow the A9 all the way up to Dalwhinnie, Avemore and to their next destination at Granton on Spey Caravan Park.

Another 8:30 am start is planned for the lads to ride the final stretch of their journey of approximately 150 miles taking about 7½ hours for them to arrive (hopefully with a tremendous fanfare and reception) at Culloden Moore, John O’Groats just after 4pm on the Sunday. 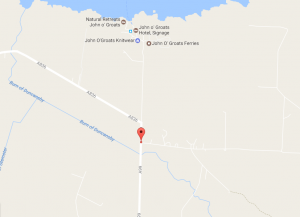 This last leg of their mammoth journey will take the lads along the A9 to Inverness crossing the Moray, Cromarty and Dornoch Firths, hugging the east coast of Scotland until turning off at Latheron on the A99 to Wick and on to their final destination of John O’Groats!

So, what happens then you may ask?

Well we would think it very unlikely that the lads would want to ride all the way back again!

In actual fact they will be taking a well-earned rest at Dunnet Bay Caravan Club Site, Caithness, KW14 8TP, before traveling back down to Chester in their campervan to allow both the bikes and the riders a welcomed rest. 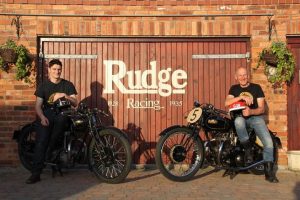 During the trip Charlie and Zach will have a backup crew, with Mike Farrall as the teams mechanic and driver of the teams van (which will also serve as their accommodation at each campsite stop). Laura Farrall will be operating as the teams PR and official photographer and she will be updating their Facebook page throughout the ride, see www.facebook.com/thelongwayup.

If you do need to contact the crew for something really important during their ride, Mike and Laura Farrall can be contacted on 07376 101207. 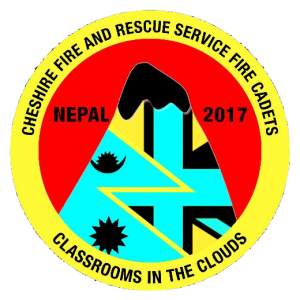 Please do remember that the lads are doing this to raise money for two very worthwhile causes, Classrooms in the Clouds and The TT Riders Association so if you are members of a Club and/or a VMCC section and would like to help them raise funds for these Charities, why not arrange to join them on their way and donate towards these good causes.

Neither of the lads are strangers to raising funds for good causes and Zach has previously been actively involved in raising funds for Classrooms in the Clouds with the support of Cheshire Fire and Rescue Service Fire Cadets.

If it is not possible for you to join the lads on their “Long Way Up”  ride, then you can simply visit www.justgiving.com/crowdfunding/rudgeride and make a donation by following the instructions. 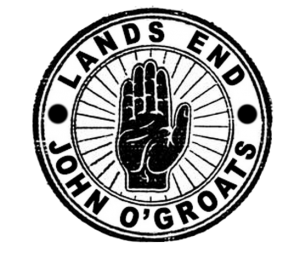 Its a heck of a ride even on a modern bike, never mind bikes that are 80 + years old !

So please do try and help if you can.

Hopefully, we will be able to edit this article after the event to report just how much Charlie, Zach and their families and crew raised for their chosen Charities and if the Laura can send us photos we will replace the map views with them.

We all wish Zach and Charlie a safe ride and successful fund raising.

UPDATE on the RIDE

Well we are really pleased to report that the lads had a successful ride, Charlie told us that it’s a trip that he can thoroughly recommend, especially on a Vintage bike. He also told us that he is looking forward to the “Next Challenge”, whatever that may be!

It was indeed our sincere pleasure to be able to help in any way that we could and we are delighted to have contributed towards the teams goals, they did something that they enjoyed and in the process raised well over the £5,000 target that they had set for their chosen charities, so well very done lads (and, of course – well done the Rudges!)

Charlie has very kindly sent us some photos of the trip for all to enjoy, and as you can see there are smiling faces in every one. 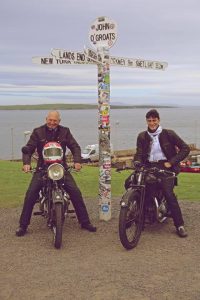 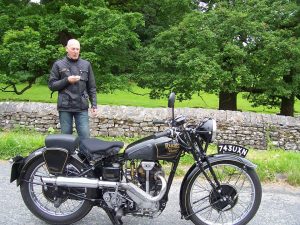 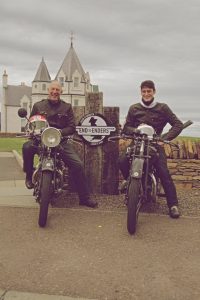 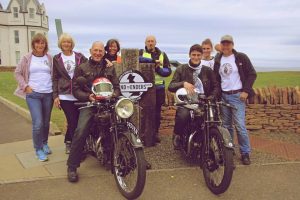