Founded by William Roy Richards 1931-2008 (aka Roy Richards), who is still affectionately know as “the boss”, this purpose built motorcycle museum opened in 1984 and it has since grown into the largest collection of British motorcycles in the world.

The museum has some fabulous machines on display and we have previously organised coach trips down to visit this motorcycle shrine which is full of the most beautifully restored machines that you will ever feast your eyes upon.

The museum is a great place to visit with lots of friendly and helpful staff, our good friend, James Hewing, became the Museum Director in January 2014, after spending the previous nine and a half years as CEO for the Vintage Motor Cycle Club. 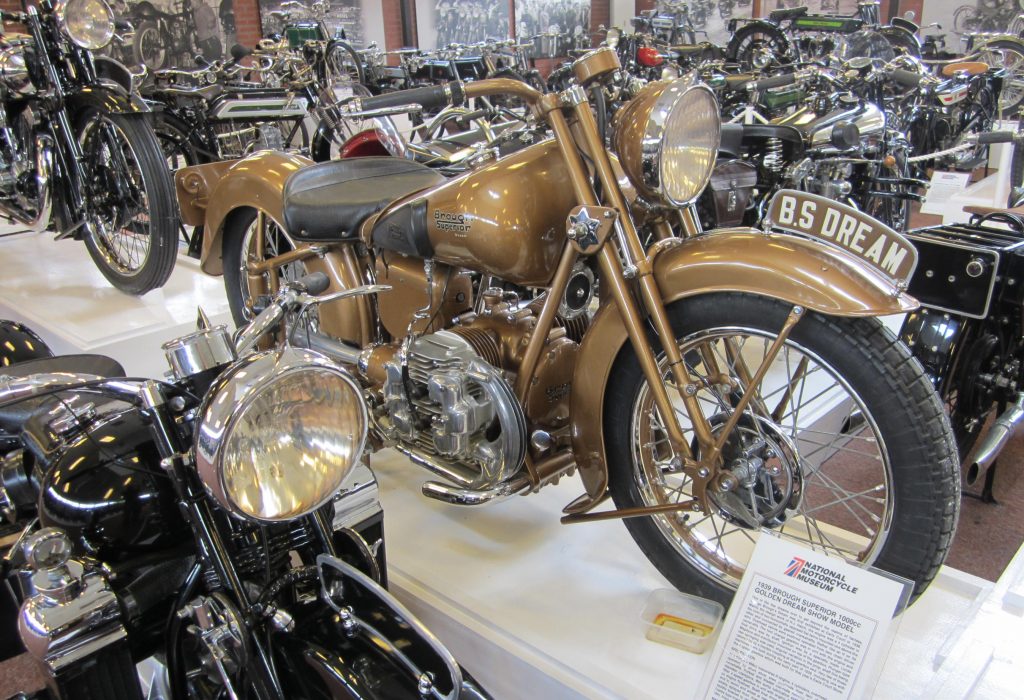 The museums activities extend far beyond that of the Solihull buildings, with regular displays at many motorcycle shows, they have expanded into the world of motorcycle raffles, using prizes of superior and extremely expensive machines (eg Vincents, brand new Norton’s and a rare Bonneville).

In 2014 they launched the“Friends of the National Motorcycle Museum” with all of the benefits that come with its membership (see their website www.nationalmotorcyclemuseum.co.uk for further details). 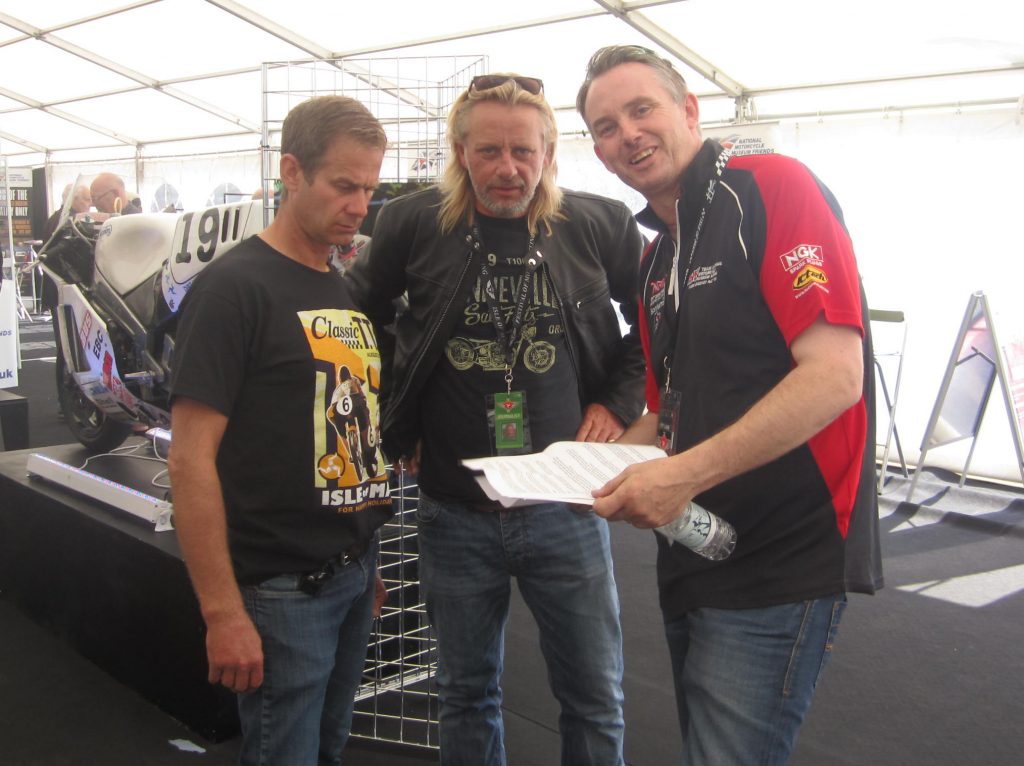 During the 2015 Classic TT the Museum really excelled itself by producing one of the best displays that we have ever seen at the Manx with a superb display of race machines. They transported no less than 32 Norton’s, (race machines from every decade) across the sea to Douglas in the Isle of Man.

There were plenty of famous faces in the NMM marquee (as well as James) with visits from Jamie Whitham, Steve Plater and Henry Cole, (just whilst we were there), to name but a few. As usual the NMM extended a warm hand to its visitors and its usual welcoming hospitality, so everyone had nothing but praise for their efforts and we all had a fabulous time. 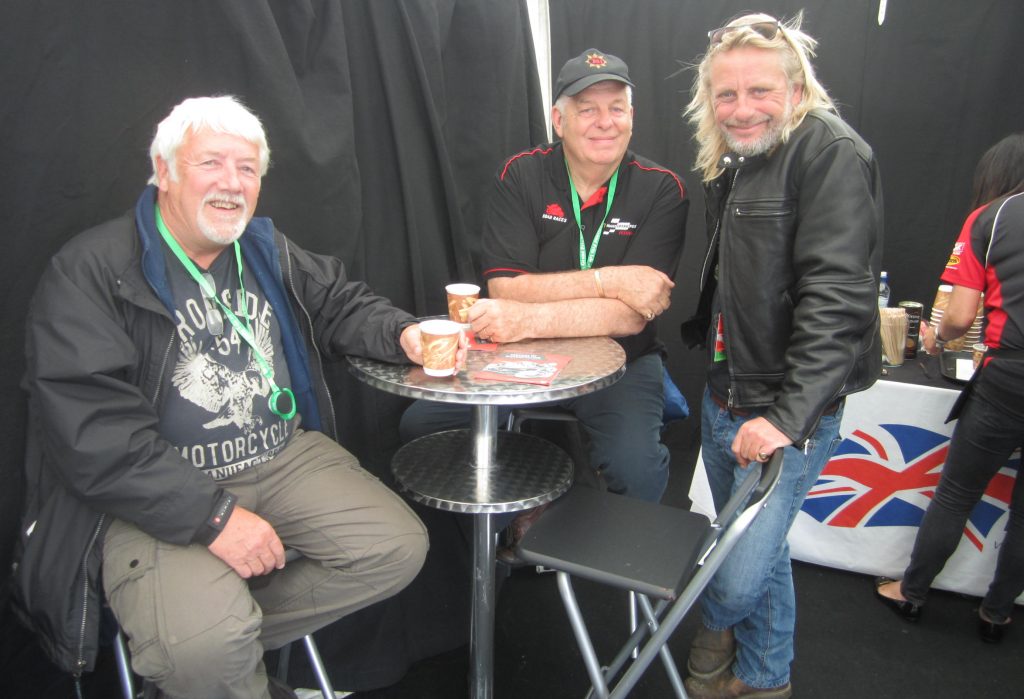 No doubt with his heart in his mouth, James and the museum staff also produced one of the biggest highlights of the course by letting 12 of the museums valuable Norton Rotary’s take to the islands famous 37.73 mile Mountain course during the exciting and unique“Norton – The Rotary Years” Parade. 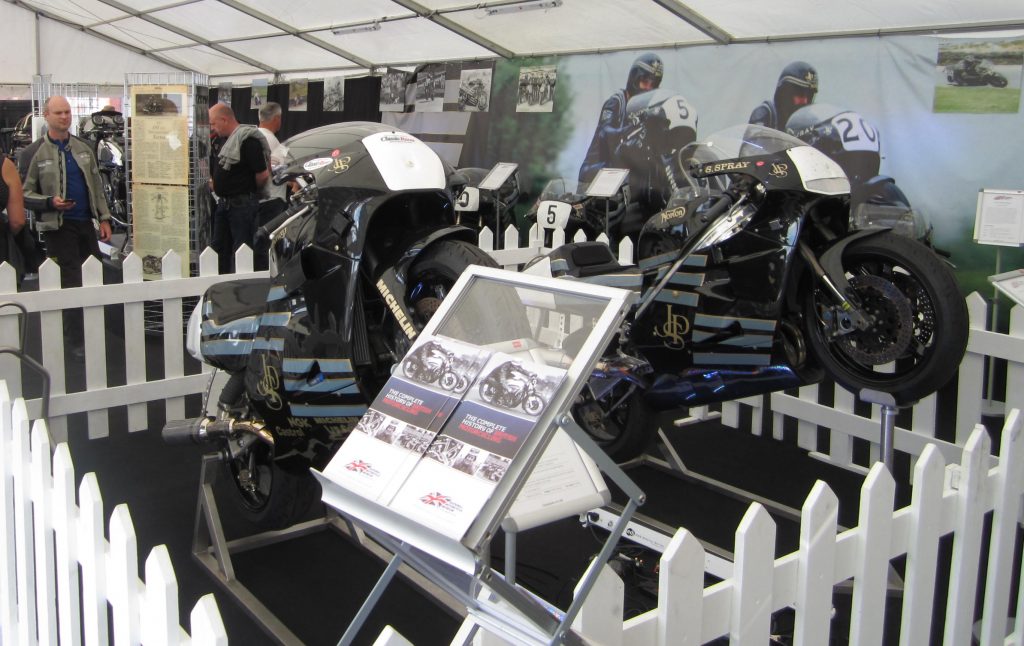 The famous “White Charger” that the late Steve Hislop rode to victory in the 1992 Senior was ridden by none other than John McGuinness, in replica Hislop leathers and helmet.

The Sunday event at the Festival of Jurby saw many of the ex-works rotary Norton’s appearing once again with John McGuinness, Michael Rutter and Steve Cull in their saddles.

To the best of our knowledge all of the bikes returned in one piece without any problems, no doubt much to the relief of all concerned and a testament to Brian Crighton and the museums preparatory mechanical skills.

The sheer scale of and the logistics of setting this display up had to be seen to be believed, with the valuable collection of motorcycles transported within cradles inside a huge articulated lorry, 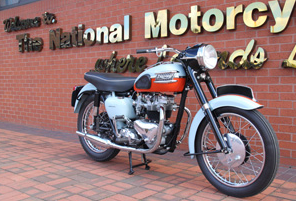 (something missed by many, but witnessed by us in person), for the NMM’s long journey back across the sea to their Solihull home.

When we were at the Stafford Classic Bike show in April 2016 we witnessed one of the NMM’s raffle draws first hand, this time for a lovely 1959 “Tangerine Dream” Triumph T120 650cc Bonneville.

Steve Parrish and Steve Plater were the compares, with Steve Plater drawing the winning tickets. James was on hand to supervise as the winning tickets were drawn out of a large red bucket onstage at the Stafford show awards ceremony.Unfortunately, despite the number of tickets that we bought between us, neither of us won the Bonnie and it now resides with a new owner, somewhere in Surrey. 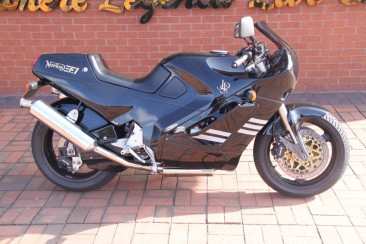 Nevertheless, at the time of writing there is still a chance to win a lovely 1990 Norton Rotary F1 Limited Edition 588cc original, low mileage superbike and a beautifully restored1951 Norton, 500cc ES2 in the current summer raffle. Tickets are available within many publications, through shows, through the museum and they can also be purchased online. So, good luck to all who enter.

If you have never been before, then we would highly recommend a day out to visit the National Motorcycle Museum to help provide continued support for this fabulous pristine museum of unique and valuable machines, which probably rank as one of the best in the world. If you have been before, no doubt, like us, you will want to go again, and again!

The museum has excellent facilities, restaurant and coffee cart, its own shop and a host of technical help available for the enthusiast with a huge collection of Bruce Main Smith manuals and technical information. The Midland Section of 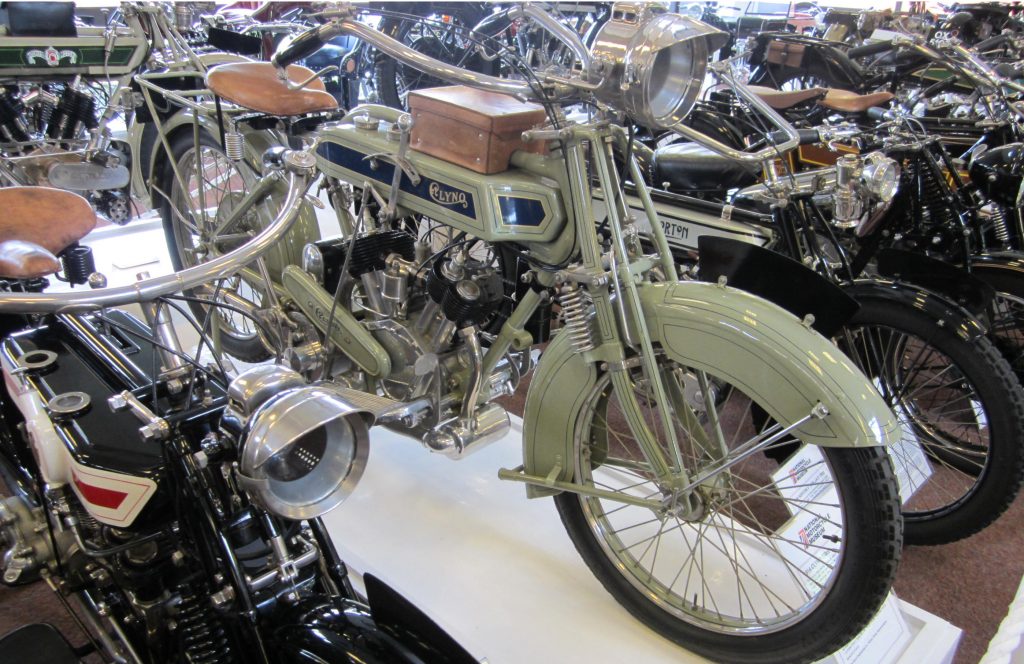 the VMCC meet at the NMM every 3rd Wednesday and their Secretary, Bob Badland is a tour guide for the museum.

Although a “National” Motorcycle Museum, it doesn’t receive any form of public funding, so the museum is dependent upon, its visitors, the success of its conference venue hire and banqueting complex along with the support of individuals and industry in order to maintain the extremely high standards that it offers to its visitors.

In summary, it has to be seen, to be believed, the NMM really is incredible.

Highly recommended, the museum is open from 08.30 to 17.30hrs every day of the year, except Christmas Eve, Christmas Day and Boxing Day.

Ticket prices at the time of writing are:-