COLIN SEELEY – THE MACHINES, THE MAGIC, THE MAN 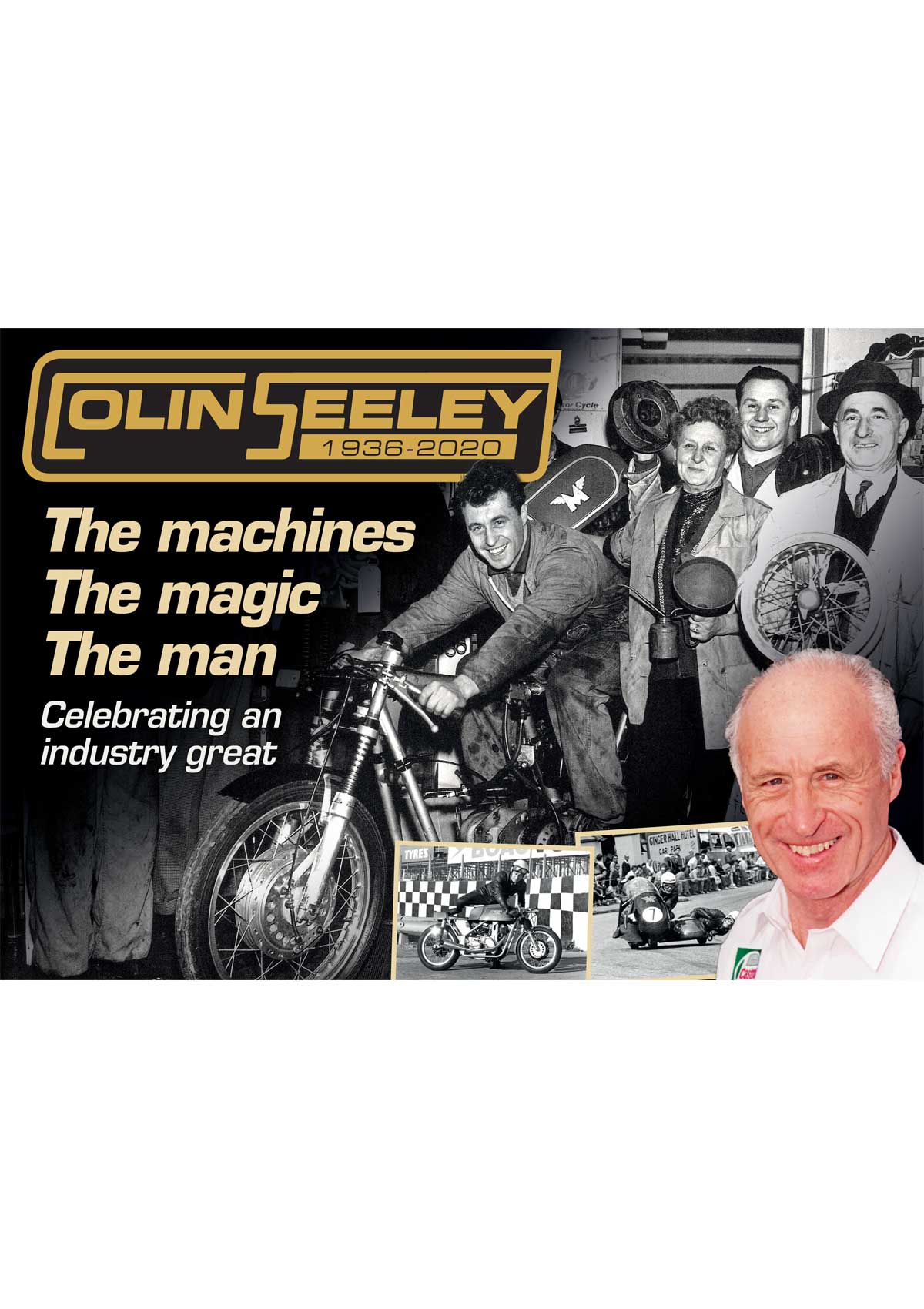 Colin passed away just after his 84th birthday. He packed so much into his life, which began on January 2, 1936, when he was born in Kent, the only child of Percy and Hilda. By 20 Colin was running his own business, soon after he was racing, and just two years into his career, was a podium finisher at the IoM TT. Aged 30, he was a motorcycle manufacturer, then going on to all manner of other disciplines, including running car racing Formula One teams. Post that, he was a successful ace team manager and mentor to young riders, before going on to work for auctioneers Bonhams becoming one of the company’s foremost and most trusted consultants.

During recent years, Colin had been a popular figure at classic events far and wide, often demonstrating period machines, eyes twinkling and lips smiling, enduringly positive, endearingly modest, and always full of enthusiasm. He pretty much did it all.