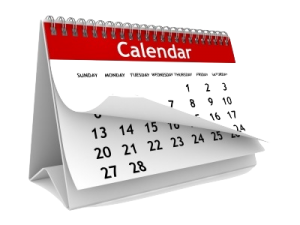 As we move into another New Year we thought we might take a look at a selection of the exciting events that are planned for the year ahead.

This is just a brief selection of the exciting events planned and by no means a complete one, as there are many more regular Race Weekends, Tours/Shows and Autojumbles throughout the year.

In addition to this we are continually adding more and more events as time goes on. For a full list of events check out our “Calendar of Events”  section for any new/recent additions.

Details of all events can be found within our “Calendar of Events” and you can find more event specific details by taking a look at the advertising flyers that appear within our “Event Advertising Flyer” sections. 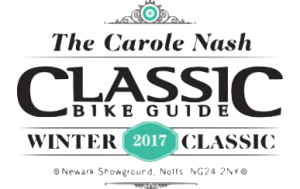 21st January (Saturday).
Mortons Classic Bike sponsor many Autojumbles throughout the year, with the Kempton Park Autojumble on the 21st January.

During the course of the year there will be plenty of opportunities for you to purchase a Classic motorcycle and/or project bike from our good friends at Bonhams who hold regular auctions of cars and motorcycles, both in the UK and abroad. These start on 26th January with the Las Vegas Motorcycle Auction (Nevada, USA). Details of these and much more can be found at www.bonhams.com

4thFebruary (Saturday).
Sees the return of the Carole Nash Bristol Classic Motorcycle Show at the Bath and West Showground (Shepton Mallet, Somerset) on the 4th February.

11th February (Saturday).
The annual Dinner Dance and 2016 Awards of the British Historic Racing Club VMCC Ltd will be held at the Mercure Daventry Court Hotel on 11th February.

17th-19th February (Friday to Sunday).
The Carole Nash MCN London Motorcycle Show will dominate the ExCel Exhibition and International Convention Centre in London over a three-day event on 17th-19th February, where Coys Auctioneers present a consignment of Hitchcocks motorcycles to go under the hammer. 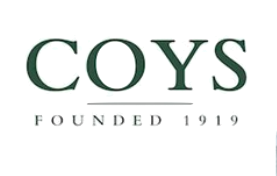 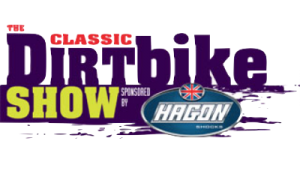 18th & 19th February (Saturday & Sunday).
The Classic Dirt Bike Show, sponsored by Hagon Shocks is also being held at The International Centre in Telford, Shropshire over the weekend of 18th-19th February.

26th February (Sunday).
Another regular event, the Normous Newark Autojumble will appear on the 26th February.

11th & 12th March (Saturday & Sunday).
The Carole Nash sponsored show moves north of the border for the MCN Scottish Motorcycle Show which is also held on 11thand 12thMarch, the venue being the Royal Highland Centre in Edinburgh.

24th March (Friday).
The British Historic Racing Club also kick off the year with their first meeting (the BHR Test Day) on 24th March at the famous Mallory Park Race Circuit in Leicestershire. 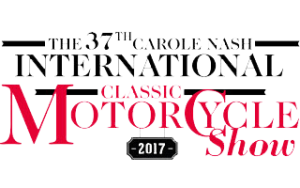 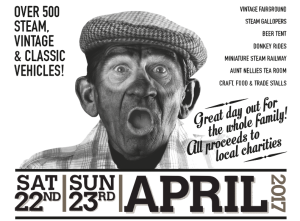 2nd April (Sunday).
In April we start with another one of the many Normous Newark Autojumbles, on 2nd April.

Next in line is the first of two great annual shows at the Stafford County Showground, the37th Carole Nash International Classic Motorcycle Show (followed by the Motorcycle Mechanics Show in October). The Stafford Bike Show weekend also offers the opportunity for you to pick up a bargain at the Bonhams auction.

22nd & 23rd April (Saturday & Sunday).
April also sees the return of another great annual event with the Steam and Vintage Rally at the Leisure Lakes in Tarleton, Nr Southport, Lancashire, over the weekend of 22nd-23rd April. Great fun for all.

6th & 7th May (Saturday & Sunday).
An absolutely fabulous weekend is in store over the 6th-7th May for the Endurance Legends event at Donnington Park, with the UK’s only 4hr Classic Motorcycling Endurance Race, for more details see our “Calendar of Events”.

13th & 14th May (Saturday & Sunday).
MCN’s Festival of Motorcycling is to be held at the Peterborough Arena over the weekend of 13th-14th May.

20th May (Saturday).
The Southern Classic Motorcycle Show & Autojumble will be held on 20th May at Kempton Park.

20th & 21st May (Saturday & Sunday).
The 20th May seems very popular as British Historic Racing Club have a race meeting at Darley Moor over the weekend of 20th & 21st May as well.

20th & 21st May (Saturday & Sunday).
Race, Rock and Ride are back again for their second year at the Santa Pod circuit for a weekend of drag racing, displays, fun and stunts over 21st & 22nd May as well.

27th May (Saturday) to 9th June (Friday).
The month of May also sees the start of the World Famous Isle of Man TT, which starts on 27th May and finishes on 9th June.

The Isle of Man is an absolutely fantastic place to visit with loads of attractions and wonderful roads to ride. Lots more about the Isle of Man can be found on our website.

27th May (Saturday) to 9th June (Friday).
The World Famous Isle of Man TT spans the end of May and the beginning of June (27th May to 9th June)

3rd June (Saturday).
The first of two VMCC Training Days takes place on 3rd June (the second one being in September) both are being held at the Curborough Sprint Course, a great and unique opportunity to ride a veteran or vintage machine.

4th June (Sunday).
Another regular and popular autojumble, the Normous Newark is back on the 4th June.

The world famous VMCC Banbury Run, a superb collection of Veteran and Vintage motorcycles sets off from the British Motor Museum at Gaydon on 18th June.

23rd(Friday) to 30th June (Friday).
June is avery busy month for the VMCC as in addition to their Training Day and Banbury they also organise the VMCC Scarborough Week at the Arosa Caravan and Camping site from 23rd to 30th June.

1st & 2nd July (Saturday & Sunday).
British Historic Racing Club hold another one of their excellent weekend events on 1st and 2nd July at the Cadwell Park Race Circuit in Lincolnshire.

2nd July (Sunday).
The Vincent Owners Club present a Classic Motorcycle Event at the Crich Tramway Village where you can step back in time, ride old trams and visit a recreated period street complete with shop and pub.

21st July (Friday).
A fun afternoon with “Gilly” of BBC Radio Lancs., at the British Commercial Vehicle Museum, Leyland. All are welcome, bikes and cars new and old, midday to 4pm on Friday 21st July

23rd July (Sunday).
The VMCC Taveners Section host another VMCC Founders Day on 23rd July at Stanford Hall, with lots more going on around the country at other VMCC Sections.

3rd to 7th August (Thursday to Monday).
Another great VMCC Section organised event the International West Kent Run (IWKR) is a 4 day event (3-7 Aug) for both 2 and 3 wheeled machines belonging to VMCC members, with Sunday a display/public day for visitors.

19th August (Saturday) to 1st September (Friday)
The World Famous Isle of Man Festival of Motorcycling (incorporating the Manx GP and Classic TT). Another superb highlight of the motorcycling calendar. Refer to our many articles about the IOM and its attractions.

2nd September (Saturday).
The second of the VMCC’s Training Days, (the first one being held in June) at Curborough Sprint Course.  The training day on 2nd September will allow a unique opportunity for you to ride a Veteran or Vintage motorcycle.

Another great Motorcycle and Autojumble Show at Kempton Park.

22nd October (Sunday).
Another one of the regular Normous Newark Autojumble will be held at the Newark Showground.

26th(Thursday) to 29th October (Sunday).
The International Dirt Bike Show takes place at Stoneleigh Park for this super 4 day in door event for all fans of Motocross, Trials and Enduro.

4th November (Saturday).
The National Motorcycle Museum opens its doors for another Museum Live with free admission Stars on Stage and lots going on throughout the day.

11th& 12thNovember (Saturday & Sunday).
November sees the return of the Lancaster Insurance Classic Motor Show for a weekend show at the National Exhibition Centre in Birmingham, predominantly cars, but also with motorcycles and automobilia.

19th November (Sunday).
Another one of the regular Normous Newark Autojumble will be held at the Newark Showground.

10th December (Sunday).
Last one of the year, the final Normous Newark Autojumble  of 2017 will be held at the Newark Showground.

THE ABOVE EVENTS ARE MERELY A BRIEF SAMPLE OF WHATS GOING ON, FOR FULL DETAILS REFER TO OUR “CALENDAR OF EVENTS” AND OUR “EVENT ADVERTISING FLYERS” PAGES